In an effort to be more inclusive, we've updated the default emoji used in anonymous polls to be ✔ (heavy check mark) instead of 👍 (thumbs up). This means that from now on all votes cast in anonymous polls will each be represented by ✔

You also have the ability to customise the emoji that is used to represent votes in anonymous polls. As an example, the following slash command ensures that each vote shows up as 🏅 (sports medal)

Another emoji customisation you can do with Simple Poll is to change the emoji for each option. For example:

Both of these emoji customisations are currently only available when creating a poll using the /poll slash command.

Get the latest posts delivered right to your inbox

Stay in the loop 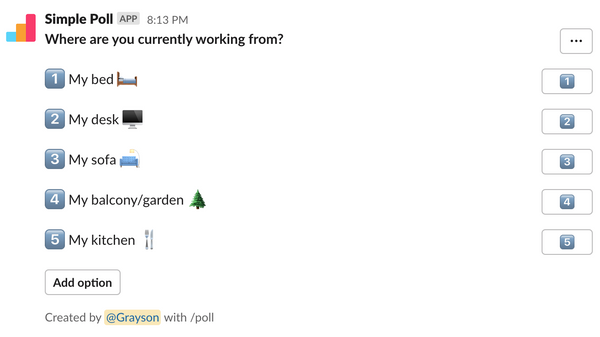 You can now let others add additional options to polls you create! 🎉 This allows team members to easily add new options for everyone to vote on if options were missing 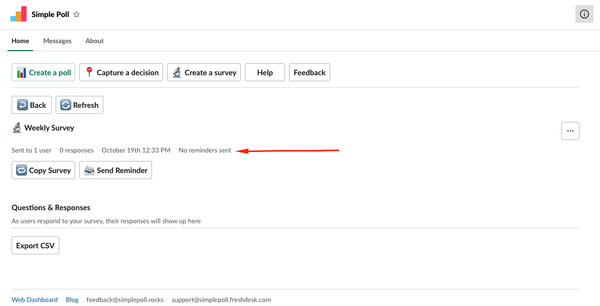 We recently released Simple Surveys: a powerful tool to build and distribute surveys in Slack. Surveys are fully native in Slack, anonymous, private, and can include multiple questions, text-based responses

Stay up to date! Get all the latest & greatest posts delivered straight to your inbox